Posted on September 2, 2013 by midcenturymundane 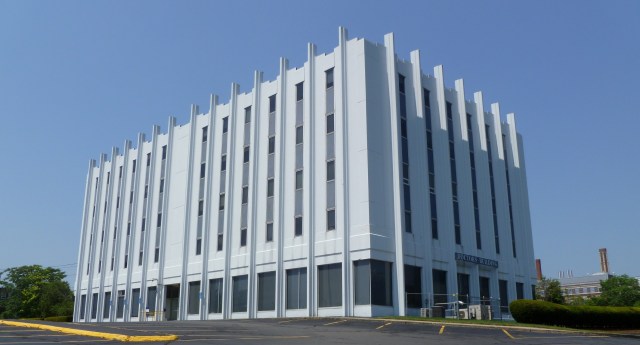 Today’s Mundane Mondays entry comes from reader Gregg B., who recently submitted some additional information on the architects of the Knights of Columbus Printing Plant in New Haven. Just a block or two from that building is the New Haven Medical & Dental Center, now known simply as the “Doctor’s Building”.

The building is located on a sloping site at the beginning of Church Street and surrounded by a large parking lot. As Gregg says, “The building was meant to be modern and dramatic as it was a key part of Urban Renewal and the new highway leading suburbanites into the new, downtown New Haven.” Since he knows the building best, the rest of today’s entry is Gregg’s description of the building and its designers. 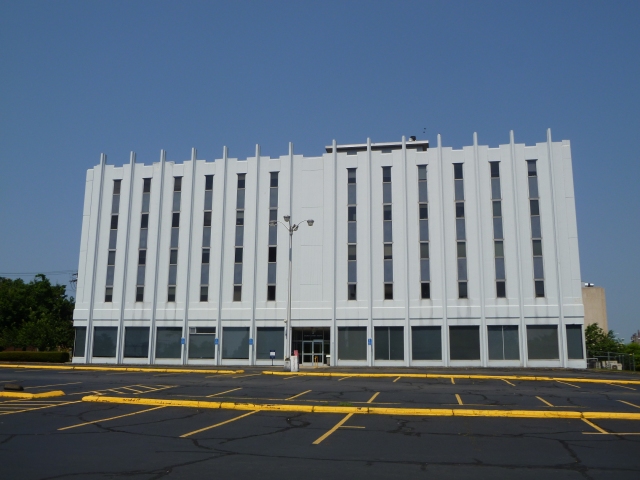 Caproni Associates specialized in the design of industrial buildings & factories, much like the Knights of Columbus Printing Plant.  That being said, a lot of their work was designed to be functional and economic rather than dramatic architectural statements of the day.  However, one building downtown New Haven does come to mind as a fairly interesting piece of MCM architecture. This building was originally called the New Haven Medical & Dental Center and was completed in 1963.  John Caproni (son of Leo F. Caproni, who founded Caproni Associates) was the design focal with a gentlemen named Paul Weidlinger (ed. note: Weidlinger founded Weidlinger Associates in 1949. They still exist today as a major engineering firm) acting as consulting engineer.  The building is of concrete construction (not sure if it is pre-cast or poured onsite), plate glass windows, and has blue enamel panels between the windows/floors.  The vertical focus of this design was common to John’s work. 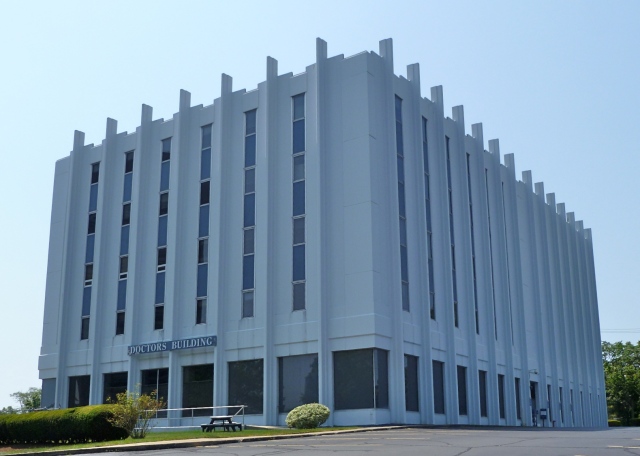 This entry was posted in Connecticut, Mundane Mondays. Bookmark the permalink.