Posted on July 6, 2016 by midcenturymundane

This quirky little commercial building is located on a curve of Third Avenue as it winds its way through New Center. The building was renovated in 2013 so it’s unclear what materials are original, but the overall design feels distinctly mid-century. 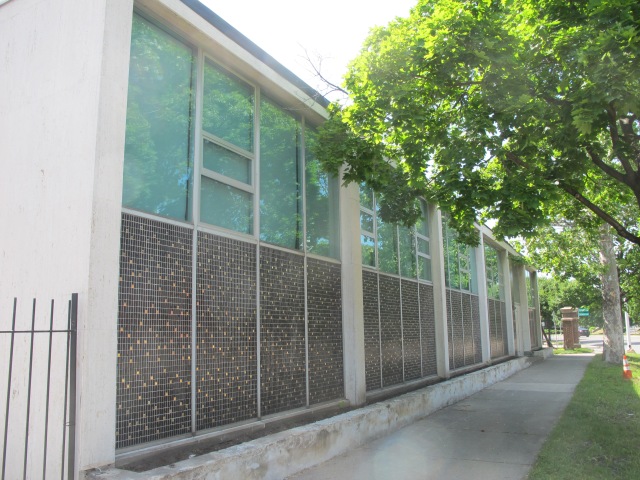 The basic design is a long, one-story rectangular box with aluminum framing across the facade with black and gold tiles below and clerestory windows above. A concrete planter runs along the entire base of the front. The tiling creates a surprisingly elegant detail for what is a largely mundane structure. 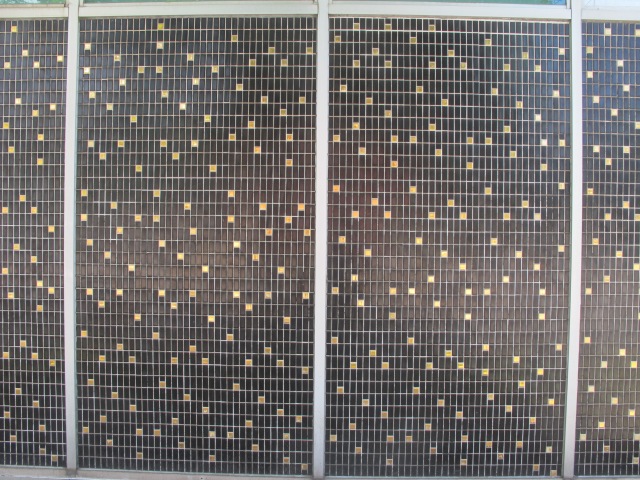 There is a central staircase at the rear of the building but this looks to be a new addition. Thanks to Michele U. for the last photo. 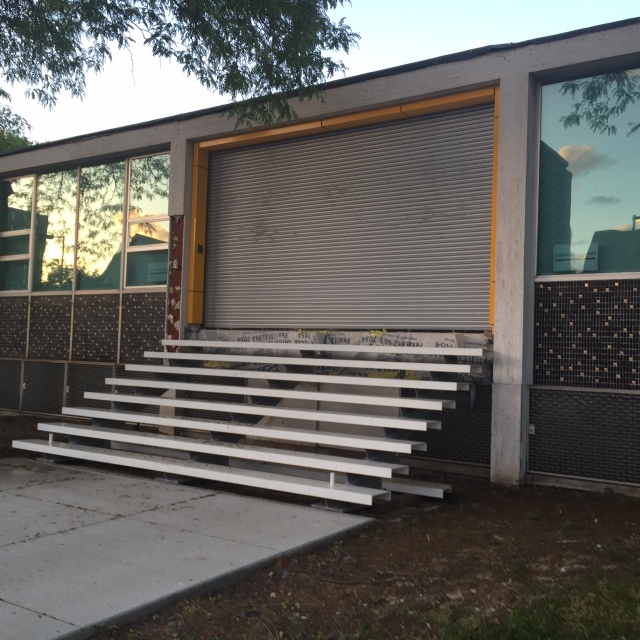 This entry was posted in Michigan. Bookmark the permalink.