Posted on March 23, 2016 by midcenturymundane

Clapp Library is a type of building I feature less often here, an older structure with significant mid-century additions. Here, the additions are substantial enough to change the perception of the building and its relationship to the campus.

The central core is a rather bland formal design, completed in 1910 and added to in 1915, all with money provided by Andrew Carnegie. 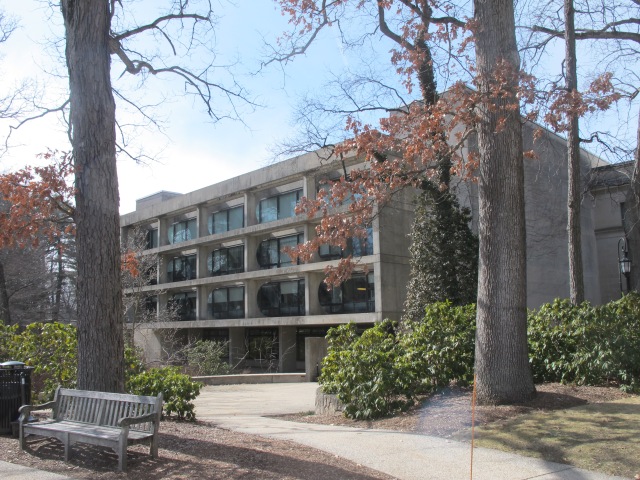 In 1956-59, Shepley, Bulfinch, Richardson and Abbott completed a major addition surrounding the library. The addition uses concrete framing with large windows and is significantly more substantial in size than the original structure. By this time the Shepley Bulfinch firm was a behemoth, having far expanded beyond its origins as H.H. Richardson’s successor firm. During the mid-century the firm completed numerous buildings for Harvard, Smith, and Dartmouth, among many other colleges and universities. Several, like the additions at Clapp, lack elegance but continue to serve student needs ably. 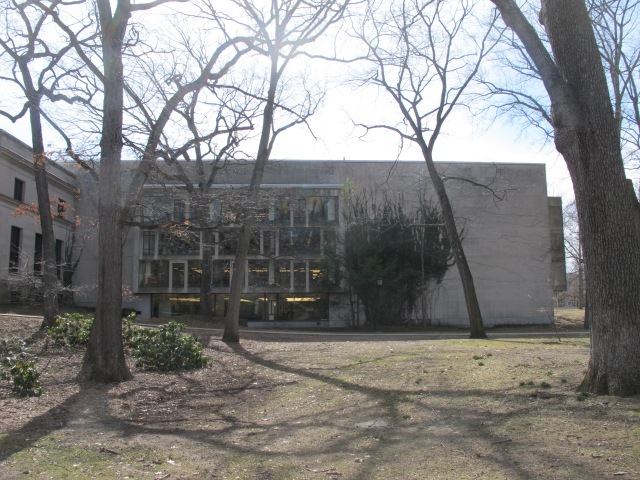 At Clapp, another major addition was added in 1973-75 in the same style as the 50s wing. The most prominent feature is a semicircular water feature on the right side of the building which provide a striking view for the large windows on all five floors. 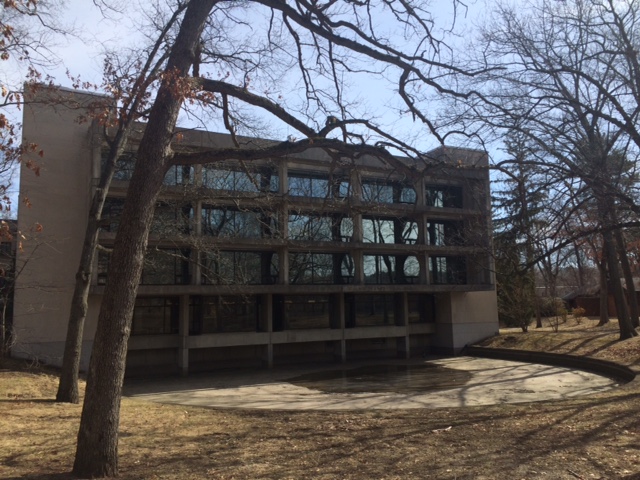 Although I visited in the winter when the water feature was drained, I could still tell that it would be a tranquil spot in the warmer months, as pictured here.

This entry was posted in Massachusetts. Bookmark the permalink.