Posted on April 12, 2014 by midcenturymundane 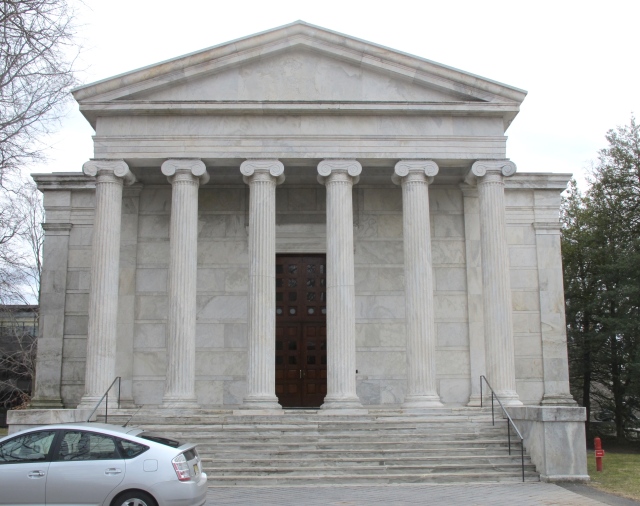 Today we visit Princeton and look at an unusual 1970s intervention that is really not at all mundane. From the front both Clio and Whig Halls are classical Greek temples. Built in 1893 by architect A. Page Brown, they replaced earlier structures on the site.

In 1969 a fire destroyed the interior of Whig Hall and destabilizing the building’s east wall. Gwathmey Siegel, a young firm founded in 1967, restored the building, replacing the side wall and a portion of the rear with a very modern intervention. 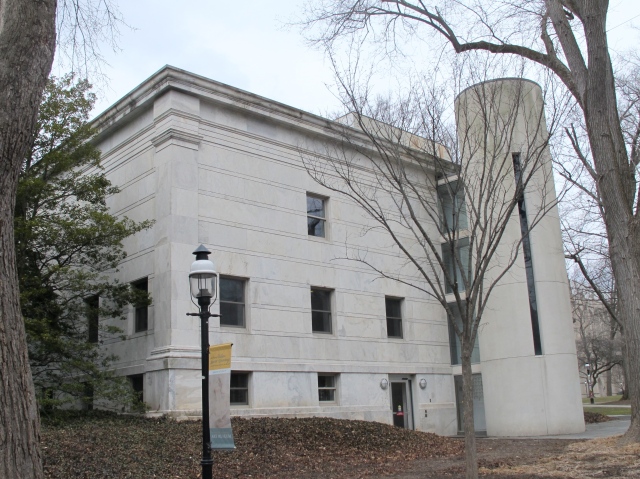 This entry was posted in New Jersey. Bookmark the permalink.