Posted on March 10, 2014 by midcenturymundane 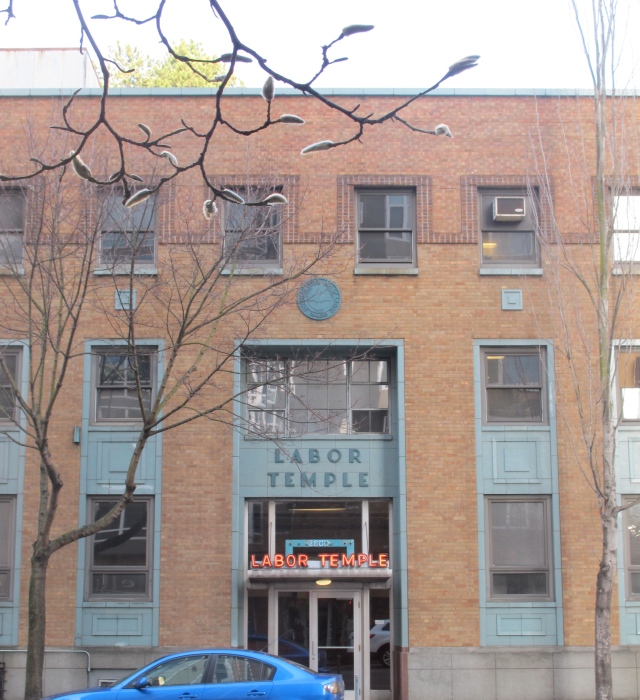 The Seattle Labor Temple in the Belltown neighborhood is an early modern structure, accommodating numerous functions for union organizing including office space, an auditorium, and meeting rooms. This area of Belltown has several union-affiliated structures including some that will be highlighted here later. The labor council seems to be a good steward to the building and it is highly intact on both interior and exterior. The building was noted on a list in 2011 as a potential landmark but it’s unclear if the city ever moved forward on designation.

It was built in 1942 to designs of McClelland & Jones. The firm dissolved later that decade and both went on to have other fruitful partnerships. Harmon, Pray & Detrich, another locally prominent firm, added a third story to part of the complex in 1955, as the need for space grew. The minimal detailing is similar and the variation in brick color between the floors is not immediately apparent.

The design of the complex is understated with brick cladding in warm tones of red, orange and yellow. The pale green panels and trim around the windows and entrance are actually terra cotta, noted in several sources as an unusually late application in Seattle. The blade sign on one corner dates to the 1950s. 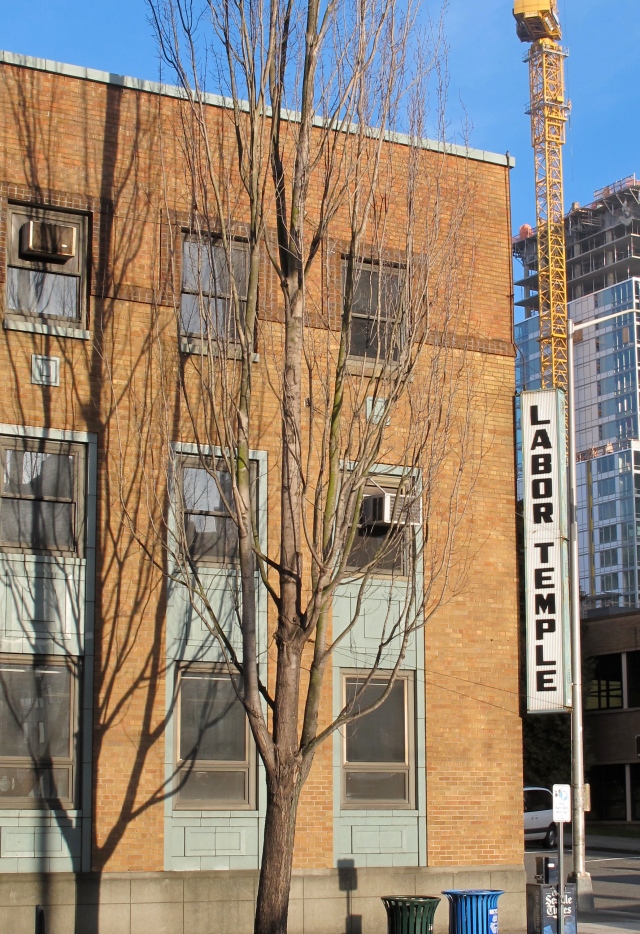 This entry was posted in Washington. Bookmark the permalink.