Posted on July 21, 2013 by midcenturymundane 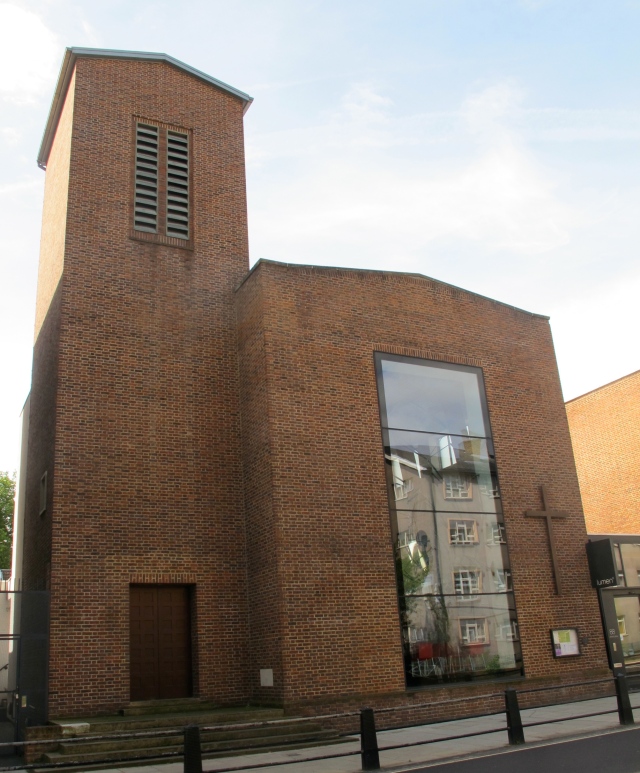 The Lumen United Reformed Church, previously known as the Regent Square United Reform Church, has a long history at this site in Bloomsbury. The previously building was built in 1827 as a gothic structure, which survived until it was badly damaged at the end of WWII when a bomb destroyed the neighboring church house. The damaged building stood until 1959 through ongoing discussion about renovation or replacement, especially considering the noted, tall towers of the original church. However, due to costs and maintenance, the entire building was eventually demolished and the new building opened in 1966. The church’s website contains much history and some great photo galleries of contemporary and historic images. 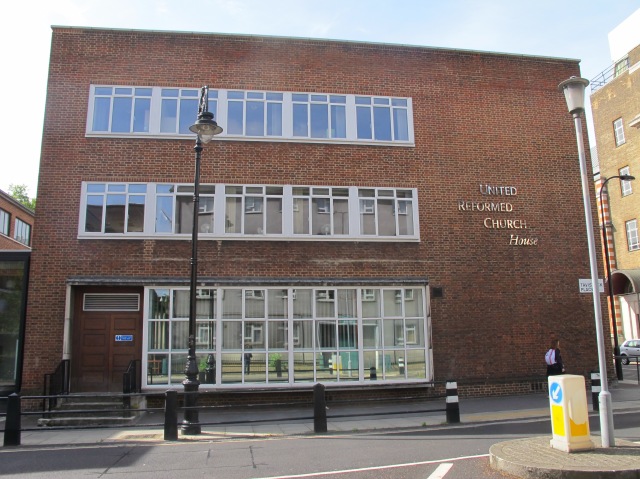 The Church House is not mentioned specifically in the building history but looks from its materials and design to date from roughly the same period. The 1960s church incorporates stained glass by Pierre Fourmaintraux, who was mentioned in our previous post. In 2008 Theis and Khan Architects redesigned the church building to become a multi-faith center and cafe. They retained much of the interior design but also added new, modern elements including a striking “sacred space” inserted into the middle of the interior. More interior photos of the renovation can be seen here.

Another view of the corner church house with older church complex buildings behind it.

This entry was posted in England, Global. Bookmark the permalink.