Posted on May 6, 2013 by midcenturymundane

Leading this new feature for Mid-Century Mundane is the campaign by the congregation of St. Augustine’s Episcopal Church to have their mid-century church listed on the National Register of Historic Places for its architectural, historical and cultural significance. This effort is being led by parishioner Paula DeBois, who has amassed a large archive of documentation about the church. 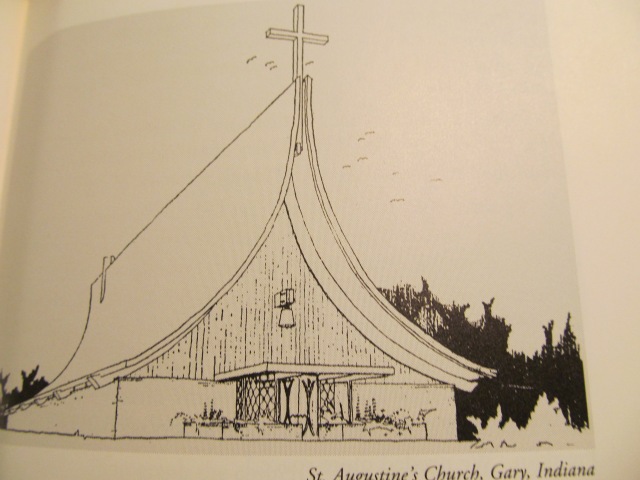 The Church was designed by Edward Dart, a noted Chicago-based architect, who’s talented career (sadly cut short in 1975 at age 53) is seen in numerous religious structures, residential buildings and other sites around the region. In recent years several of his churches have been demolished or endangered so it is heartening to see a positive and proactive campaign for preservation. 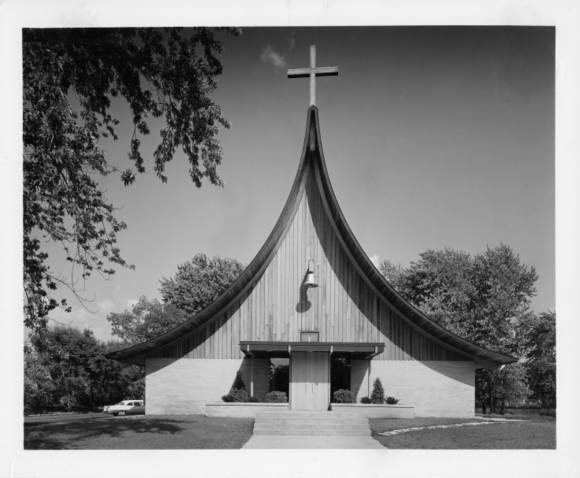 Here, Dart designed for an influential black congregation, with an important history of its own. The completed church was actually a second draft as an initial design proved too costly for the parishioners. Still the final product is a wonderful, swooping design in warm wood and brick. Wood is the definitive element on the interior and gives the space an airy and contemplative quality. 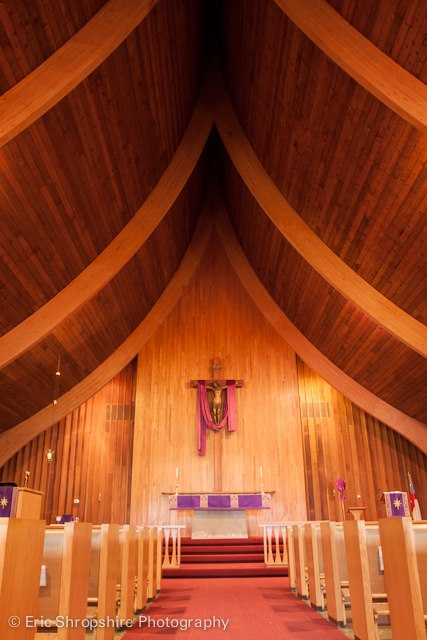 The National Register application is currently in review with a positive decision expected sometime this year. Congratulations are definitely in order to Paula and the entire congregation for recognizing the value of their mid-century building and their stewardship in making sure the church is appreciated and protected for future generations.

This entry was posted in Indiana, Preserving Our Mid-Century Mundane. Bookmark the permalink.