Posted on March 11, 2013 by midcenturymundane

This hidden gem of early modernism sits on 34th Street, immediately adjacent to the Empire State Building. It was built in 1934, just three years after its Art Deco neighbor. The architects were de Young & Moscowitz (later de Young, Moscowitz & Rosenberg), who are slowly becoming the poster children for this blog, running the gamut from little-known modernist pre-cursors like this one to their variety of work for FIT, ending in the 1970s. 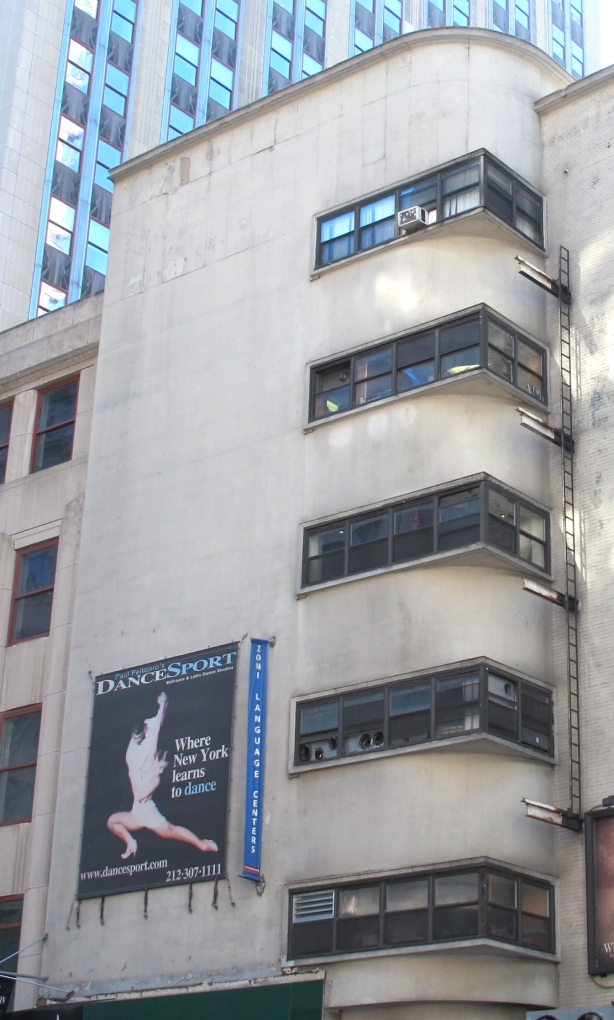 The design is restrained, with one of the only prominent design elements being the window bays protruding from the corner of the rounded facade. Originally there was a large lit sign at this location too and the sign bracing is still in place. This building is hard to notice, it’s dirty, not well-maintained and covered in a plethora of retail signage at street level. A large portion of the facade used to be obscured by retail banners and painted signs, but these have been removed in recent years. Could it be possible that this building could be preserved and restored? Doubtful given its location and size.  Regardless there is a very interesting story here to be told. More history on the building can be found on this fellow historical blog and a past Streetscapes column.