Posted on July 10, 2012 by midcenturymundane 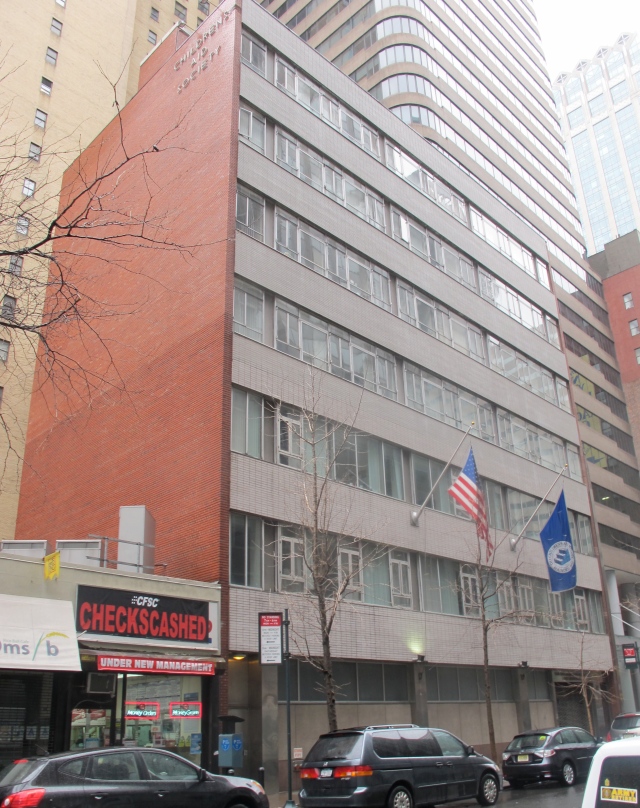 150 East 45th Street was built for the Children’s Aid Society by architecture firm Gibbons Heidtmann & Salvador, who did several buildings for the charity. Officially known as the Lord Memorial Building, it was constructed in 1949 but the original records called for only a three story structure. In the image of the east side wall, the brick color changes above the third floor, meaning that the building likely was enlarged at a later date (possibly 1963-65 according to Department of Buildings records) with the same design. There is also a wing at the back of the same height. The signage for Children’s Aid seen in the photo most likely dates to the mid-century expansion. 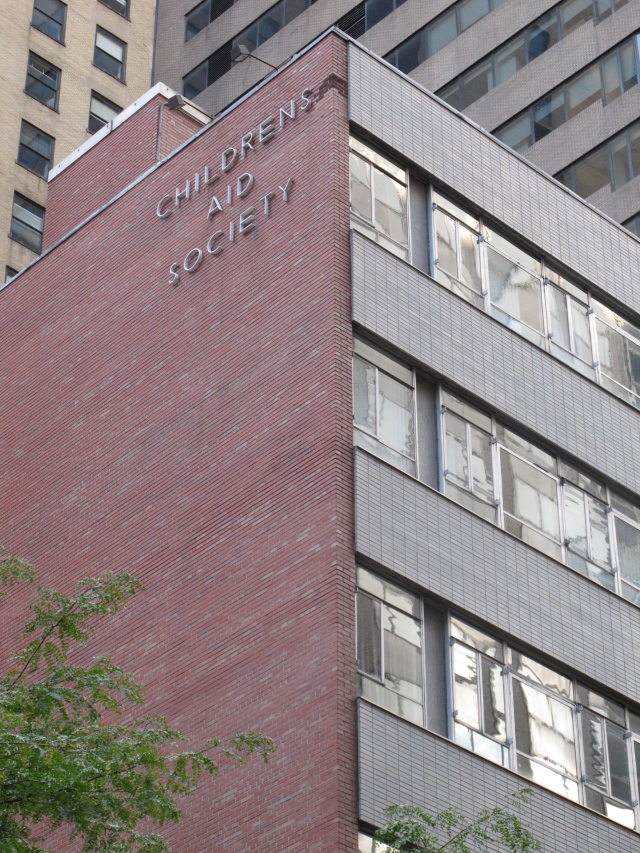