Posted on June 11, 2012 by midcenturymundane

Temple Emanuel sits on a narrow lot amongst Victorian-era homes at 243 Albany Avenue in Kingston. It was constructed in 1957-58. According to the church the architect was named Arthur Silver, who was based on Long Island. Silver also did a synagogue and Jewish school in Lawrence on Long Island, Jewish centers in Bayside, Queens and Flatbush, Brooklyn and a church in Woodstock, NY, not too far from here. He also taught design at Long Island University.  His extant works have typical characteristics of mid-century architecture but none like the striking blue decorative honeycomb screen that adorns the Kingston building. Colored glass is also incorporated into the windows behind the screen to create what looks like an intimate religious space. 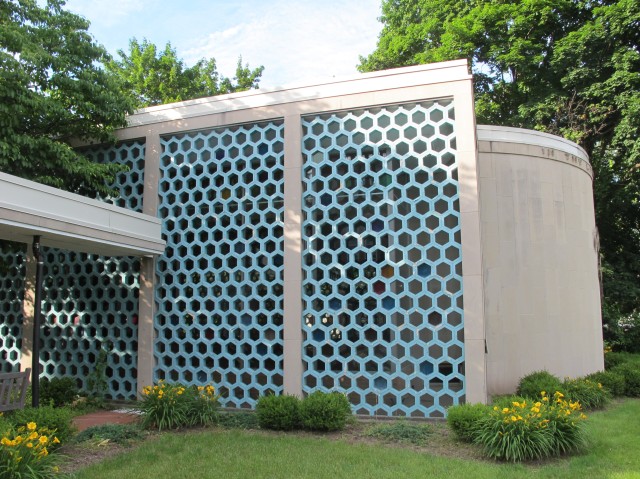 This entry was posted in New York State. Bookmark the permalink.