Posted on March 28, 2011 by midcenturymundane

It’s always a surprise to come across a lesser-known building by a prominent modern architect. This school, PS 199, was built in 1962-1963 by Edward Durell Stone, one of the most renowned architects of the mid-century who I have covered here and here so far. Most of his other structures are much more well-known, including Two Columbus Circle (pre-renovation) and the US Embassy in New Delhi.

The school shares a prominent verticality like some of his other hallmark projects, such as The Kennedy Center in Washington, DC.  The columns that surround all sides of the building give it a uniformity and feeling of substance, when in actuality the facade gets a large amount of light from all the windows recessed between the columns. 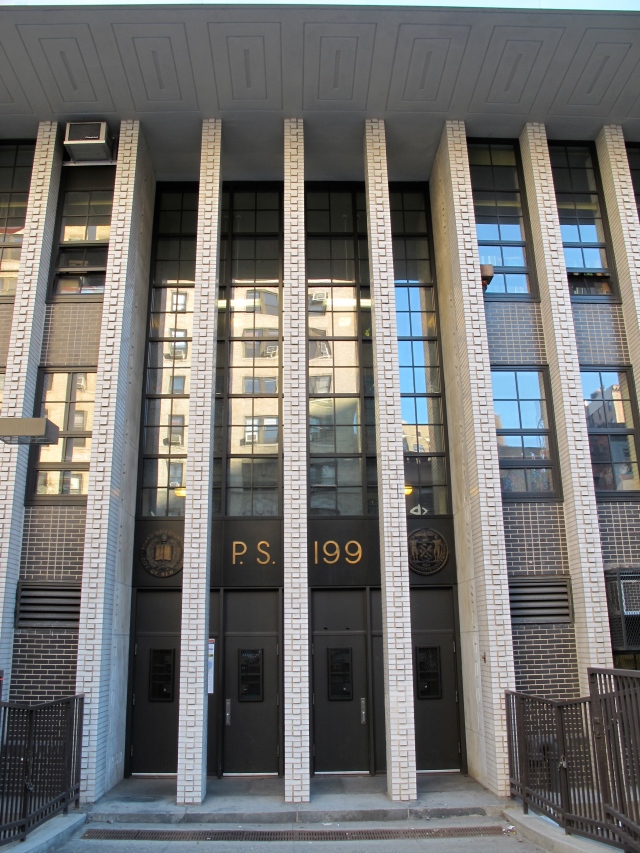 As an interesting aside, this school is named formally for Jesse Isador Straus, a prominent New Yorker who ran his family business, the Macy’s department store, as well as being an ally to F.D.R. and serving as ambassador to France. Another mid-century school across town is named for his parents and I’ve also covered it here.