Posted on August 16, 2010 by midcenturymundane 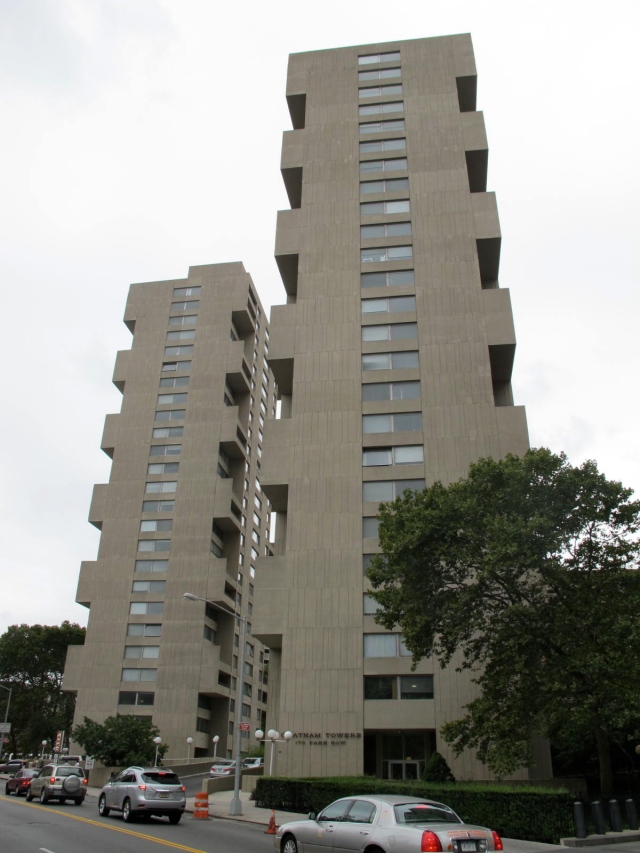 This pair of Brutalist-style towers on Park Row are considered important additions to the architecture of Lower Manhattan. They were designed by Kelly & Gruzen and constructed from 1961-65 as cooperatives, which they have remained ever since. The amenities include balconies on some units, an underground parking garage and a private courtyard garden between the two towers. The units have their original windows, which are uniquely double-paned with venetian blinds between. The towers are across the street from Kelly & Gruzen’s earlier Chatham Green. 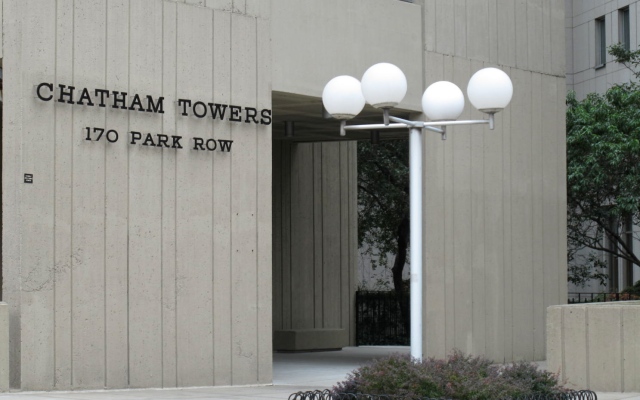 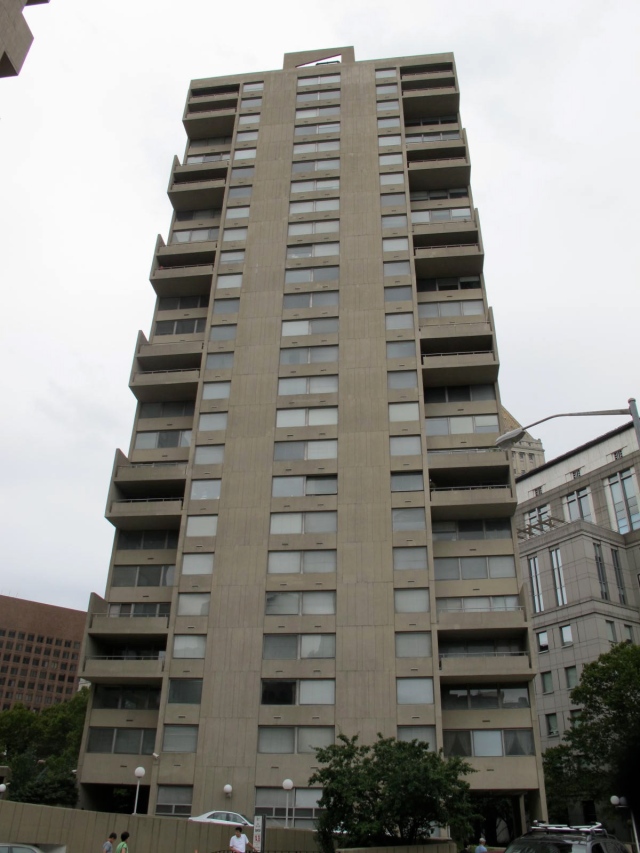 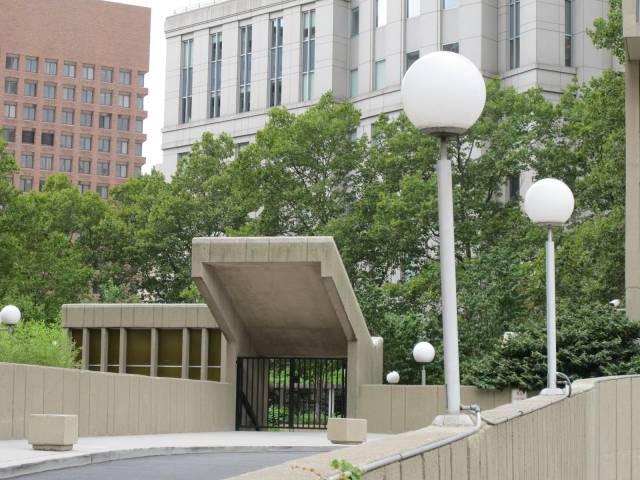 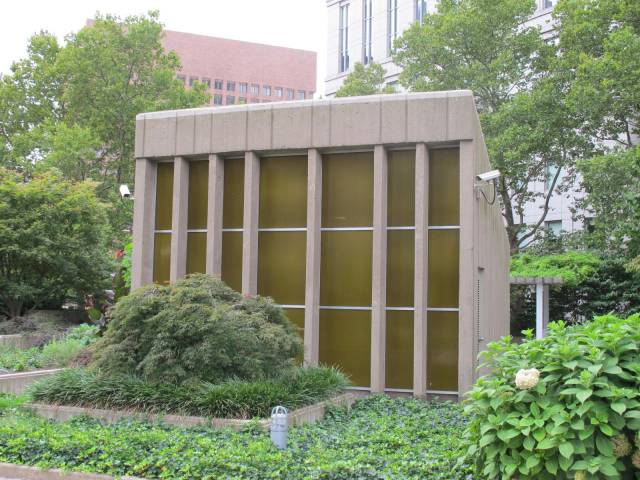